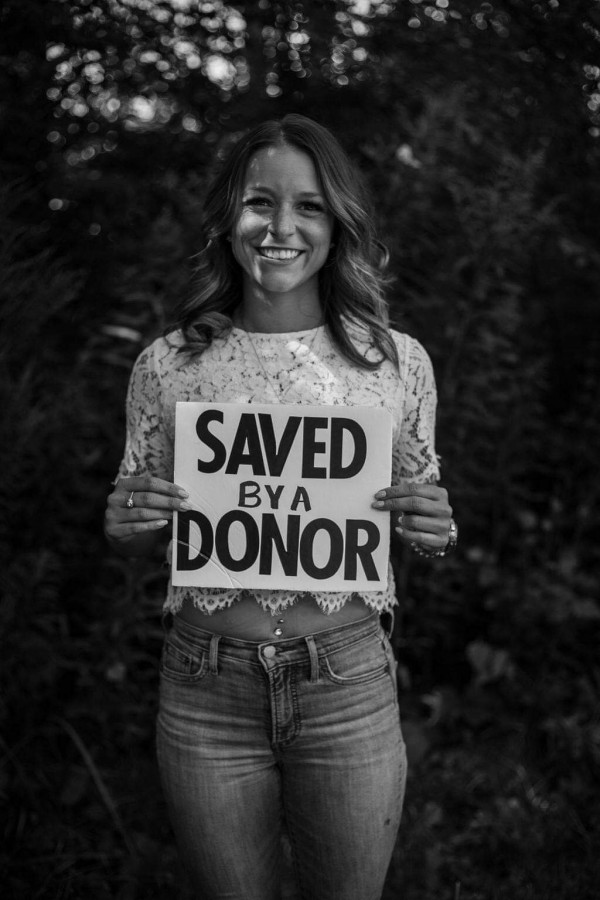 My name is Samantha Nagy, and I am a transplant recipient. In June 2012 I began to experience excruciating abdominal pain and vomiting, something that came on suddenly the night before. My father had to rush me to the local emergency department that day and with no prior health concerns, there wasn’t much to worry about – thinking perhaps that it was just a gastro virus. After being admitted into the hospital and undergoing various tests, my blood work had come back, and it became apparent that my liver was shutting down. I became critically ill in such a short amount of time that I wouldn’t have made it to the transplant hospital by land, which was only approximately an hour away. The decision had been made by the hospital and my doctor that I needed to be transported by ORNGE due to my condition. Shortly after being admitted to the transplant hospital, I was put on life support and added to the transplant list. A few days had passed, I was deteriorating quickly, and my family had been told to prepare to say goodbye if a liver match did not become available in the next few days. Sunday, June 17, 2012 – Father’s Day, as my family was getting ready to say goodbye, they had received word that a liver match was found. They were concerned that due to my size, the organ may not be suitable for my body. My family had hope, they prayed and were thankful that another family was able to see through the grief and donate their loved one’s organs to help somebody like me. The surgery was successful, and I remained in the hospital for weeks after. Due to my liver shutting down, my kidneys were also not functioning properly, and I was put on dialysis. Due to this unexpected circumstance, I was unable to work for a year and had to focus on staying healthy so that my body wouldn’t reject the new organ. I was 20 years old when I was admitted, attending university with my whole life ahead of me. I was healthy, with no previous health conditions, living a regular life. The doctors said that it was a fluke, they didn’t understand why my body was shutting down. My family was frightened for my life, frightened that they would lose their daughter, their sister. We were extremely fortunate.

Thanks to my donor, I am healthy and alive today, doing what I love to do most: help others. I now work in emergency services as an Ambulance Communications Officer and a Fire Dispatcher. The most beautiful gift is that I get to share the love of my family and friends for one more day. My transplant created a new bond between my family and I, it created a new perspective for us. I am now 27 years old and get to experience a life that I didn’t believe possible. I now have a beautiful niece who I get to watch grow, and a wonderful boyfriend that I get to share my life with. It is an honour and privilege for me to talk about my transplant, and my story – hoping that I can maybe help lighten the load that others may carry inside. It is important for people to know about organ donation and signing up. A lot of people don’t understand. I’ve been a registered donor since I received my license and I call on all of us to help one another and save lives. #beadonor